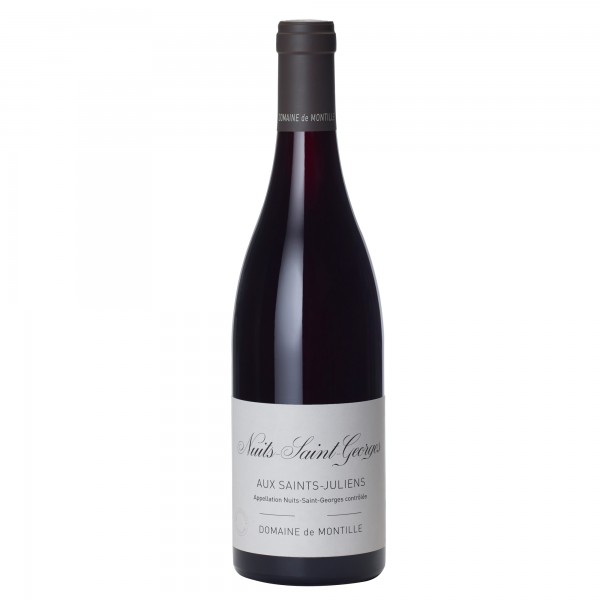 Found at the heart of the appellation, the small village of Nuits-Saint-Georges splits its terroir in two. To the north, the wines are more aromatic and softer, recalling those of the neighboring village, Vosne-Romanée. Those to the south, in the direction of Premeaux, tend to give wines that are denser and firmer and that demand patience.

The name "Saints-Juliens" harks back the the beginning of Christianity in France. Effectively, in the sixth century, Saint Martin constructed a chapel in the name of Saint Julien, which though gone today gave its name to this vineyard. A cross was erected at the border of our vineyard where the chapel formerly sat.

Our parcel of 0.58 hectare is situated at the foot of the slope on the appellation's north side going toward Vosne-Romanée and in the direction of our Premier Cru "Les Thorey". This wine's ressemblance to those of Vosne's is striking: highly aromatic and almost perfumed with floral notes, this gentle and succulent wine with a delicate frame flourishes fairly early, within three to five years. It is a ballerina that often benefits from whole cluster vinification.