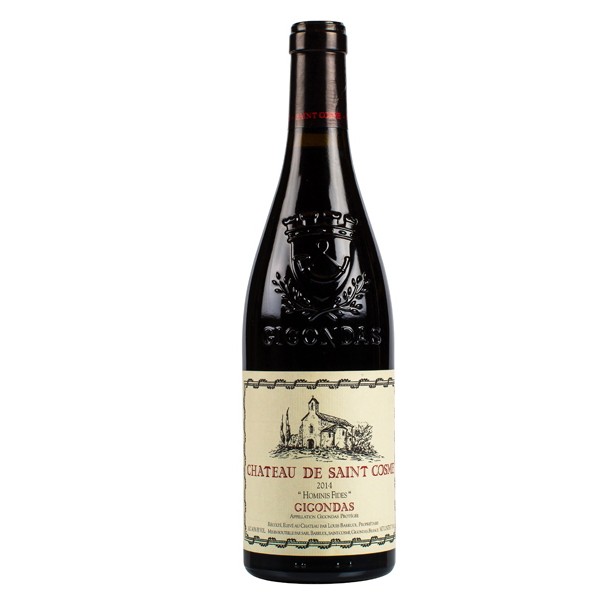 Very old grenache vines. Full clusters. Yellow clay and limestony marl from the Miocène times at the Lieu-dit «Le Claux» Aged for twelve months: 30% in new oak –40% in one year old barrels - 30% in two years old barrels. Q As the Dentelles de Montmirail decided to go out of earth, they broke and « verticalized » the geological mille-feuille. This phenomenon made possible the apparition of new soils which went down in the vales under the effects of erosion. This is the story of the Saint Cosme vale and noticeably the story of Le Claux which is a pileup of limestony marls from the Miocene times. Some little sharp stones can be seen in this area : this is typical of many Gigondas terroirs : we don’t have a terroir of round stones because our vines are the daughters of a place which never saw a river And maybe not a terroir of round people either.. At Le Claux, it looks like all the natural elements went the same way : some limestone, a bit of altitude, a north-west orientation and a fresh micro-climate. It seems that everything was designed to compensate the excess of the mediterranean climate. White Clairette would probably do very well here, this is pretty clear. To finish the harvest at Le Claux is always a special time. Le Claux 2013, because of its classicism, reminds me of Le Claux 2006. Campher, peat, raspberry, almond. Bottled without any filtration.