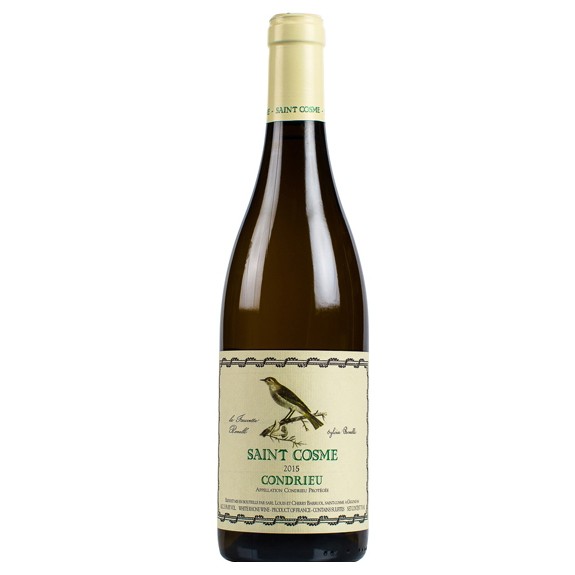 Viognier can only achieve greatness when fully ripe – a character trait it shares with Marsanne which does not perform well when under-ripe. But ripeness must not imply excessive alcohol. This is what we tried to seek in 2015, balance. Matured for eight months in old Burgundy casks, it finished its malolactic fermentation of course on fine lees. Maturation in Condrieu is always about the relationship between fine lees – which preserve fruit and freshness – and the top of the cask where the ratio of oxygen produces what I refer to as ‘inherent terroir revelation’. By this I mean that the way wines are fermented and matured must ultimately reveal their deep-seated character, hence ‘revelation’. In the same way we solve a mathematic equation, we have to carry out an investigation in order to solve the enigma thrown up by terroir – from the Latin, resolvere, to solve. Over a lengthy period of several months, this tiny amount of oxygen often reveals the solution. Ageing should therefore not just be viewed in terms of wood – an intellectually and technically rustic approach – but set against a wider picture where oxygen, the sworn enemy of wine since time immemorial, plays a pivotal role, cosying up to terroir and becoming its ally. As with everything else, though, the crux of the matter is about finding a happy medium and using just the right amount. Fennel, liquorice, elderflower, antique rose and anise.