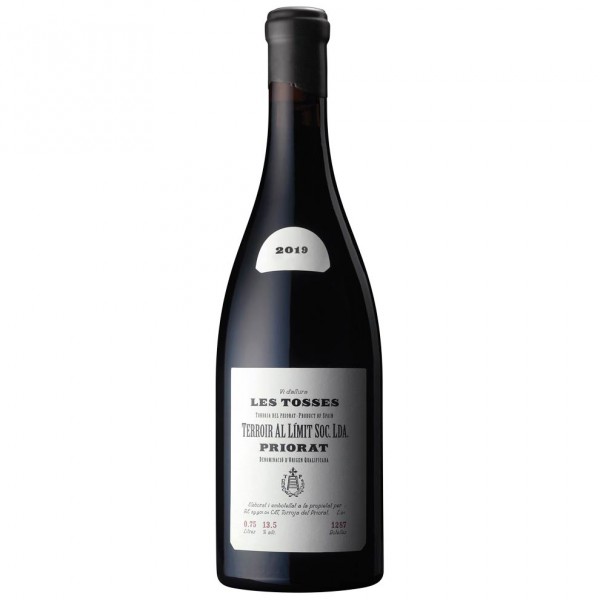 Nothing ever compares with your first love. Especially when that love began through fate, a stolen glimpse through the trees. Might it have been destiny that steered Dominik Huber and his motorbike through the twisting and mountainous dirt roads to the tiny, 2-ha Les Tosses plot? At 600 meters of elevation, this grand cru vineyard is not only the highest in the Torroja del Priorat village, but also the first (2003) in the Terroir Al Limit collection. It is the Matterhorn of winemaking, a challenge that must be attempted simply because it is there: 80-year-old carignan vines, steep black slate slopes, blazing southwestern exposition. It was also love at first sight. Inspired by a cellar approach from the far-flung cool and fog-laden Burgundy hills, this wine is hand harvested, with whole cluster native fermentation, skin-kissed for two weeks, and then aged for 16 months in 1200l Stockinger fuder for 16 months.